There is existence prior to heaven and earth being born.

Quiet and still, independent and unchanging, rotating without end, it is the mother of the world.

-> Real biggest does not only pertain to size and power, but also of its everlastingness, far-reachingness, and its at one with the source.  Look at great teachings of all great founders of major religion, founders are gone but their teachings are still presence thousands years after around the globe.  Big, therefore, is everlasting, far-reaching, and exist independently as the source.

Therefore Dao is Big, Heaven is Big, Earth is Big, and King (Man) is also Big.

These are the four Big in this universe, and King (Man) is one of them.

What is Big?  When you ask ordinary people, they might say, bus is big, money is big, corporation is big, city is big, or country is big.  When you ask what else is even bigger? They might say, earth is big, sun is big, or universe is big.  So does ancient Chinese people, they thought heaven and earth are big.  What is the Biggest of all? Laozi said, Dao is.  Why? Because it exists prior to even heaven and earth, which is far-reaching, everlasting, and at one with one’s source.  How come Man is described as one of the big fours?  Because we have the potential to realized the Dao.  Such is one of the blessings of being human. 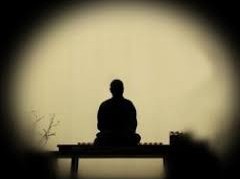 action without awareness is child, action... 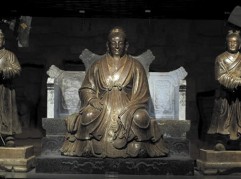