This is an autobiography of Confucius.  There were three stages in Confucius life, first stage begins on learning (age 15) and establishing oneself (age 30) in the world.  Second stages consolidates and refine one’s life until there is no internal doubt (age 40) and one knows one’s role in the world (age 50).  The results were that Confucius was at peace with the world (age 60), and arrived at internal freedom without crossing the morality line of what is right and wrong (age 70).

The Master said, ‘At fifteen, I set my mind on learning.

-> studying classics, to learn about the laws of the society and the universe.

At thirty, I stood firm.

-> established goal of life, and stood firm on it.

At forty, I had no doubts.

-> about himself and the world.

At fifty, I knew the decrees of Heaven.

-> he was clear about what the universe had arranged for him, and could feel and align with by moment.

At sixty, no sound irritates me.

-> he was able to embrace the world without internally getting irritated.

At seventy, I could follow what my heart desired, without transgressing what was right.

-> with morality firmly established and practiced within himself, he was able to live life freely without committing wrong.

This chapter brings out the characteristics of a Chinese scholar and practitioner, which requires a life-time of dedication.  It took Confucius himself 15 years of learning before he found and established his position in the world;  another 10 years before he was sure about his life beyond doubt.  After mastering his mind, it took him another 10 years to establish a proper relationship and connection with the universe, and another 10 years before he could embrace all situations in the world.  Confucius was truly a hero in personal development, who had dedicated his entire lifetime in the pursue of and practice of knowledge.  He represented a role model that had affected practitioners for years to come.

Finally, he brought out the important relationship between freedom and morality:  Elementary freedom seeks to live life selfishly without consideration of others, whereas advanced state of freedom is achieved without committing what is wrong for oneself or for the world.  The acceptance of yet non-alignment to negativity is a common teachings among all major religions in the world.  It would be an error to think that one could do anything to anyone under the name of freedom. 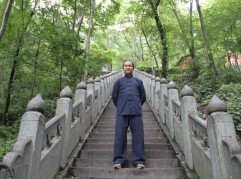 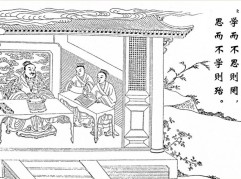