This is a profound statement of truth and reality.  In the beginning we transcend forms, like our body, mind, and awareness, and realize our inner reality as pure awareness without form (formless form); at a later stage, we realize that even this formless form, is also a type of form that is transitory and unreal, and realize the even deeper reality of truth, which permeate both form and no-form yet are independent of either of them.  Such is why the Buddha said when we can see through form and no-from, we see the Buddha himself.

Spiritual cultivation, therefore, requires one to first transcend form, then transcend no-form, and finally be at one with the Buddha awareness which is beyond both form and no-form and fully integrate it in one’s life.  While it may sounds easy to understand and grasp this truth intellectually, the actual realization and integration may takes years or even lifetimes of study and practice.

佛告须菩提：凡所有相，皆是虚妄。若见诸相非相，则见如来。
The Buddha said to Subhuti: “Everything with form is unreal; if all forms are seen as unreal, the Tathagata will be perceived.” 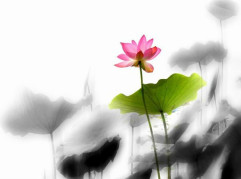 Diamond Sutra – There is no Buddha... 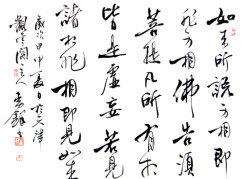 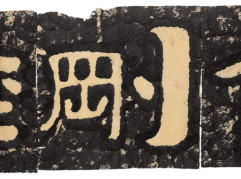 Diamond Sutra – All Buddhas and their...