Diamond Sutra – the Buddha did not save any living being

Further to his earlier teaching “are we living beings, are we not“, the Buddha reminds Subhuti again in this chapter, “don’t think that I have liberated any being, for if you think so, i will be fallen into the limitation of a self, others, beings, and immortals“.

As devoted students of healing and enlightenment, don’t we all want to liberate suffering through various forms of healing and charity?  Is suffering real, and the liberation of it through various means of healing to be done then?  Yes, indeed the suffering and healing are both real.  Otherwise the Buddha would not have taught on earth for 40+ years!   The reason why the Buddha told us that no beings have been liberated by him is that, he knows that when we live our lives and heal sufferings, we easily fall into the temptation of the labels “healers” who heal “others”.  This labeling and claiming credits are to be avoid, not the healing work itself.  For if we get sucked into these labels,  we would be hijacked and sidetracked by our own ego on the road to true healing and enlightenment.

What then, could be a proper way to live our life and do our healing work?  Refer to our earlier discussion: “how does Bodhisattva do charity?“.

TRANSFORMING WITHOUT THERE BEING ANYONE TRANSFORMED, TWENTY-FIVE

须菩提！于意云何？
汝等勿谓如来作是念：我当度众生。
“Subhuti, what do you think?
“You should not say the Tathagata has this thought (in His mind): ‘I should liberate living beings.’”

须菩提！莫作是念。何以故？
实无有众生如来度者，若有众生如来度者，如来则有我人众生寿者。
须菩提！如来说：“有我者，则非有我，而凡夫之人以为有我。
须菩提！凡夫者，如来说则非凡夫。
“Subhuti, you should not think so. Why?
“Because there are really no living beings whom the Tathagata can liberate. If there were, the Tathagata would hold (the concept of) an ego, a personality, a being and a life.”
“Subhuti, (when) the Tathagata speaks of an ego, there is in reality no ego, although common men think so.
“Subhuti, the Tathagata says common men are not, but are (expediently) called, common men.

Diamond Sutra – understanding can be... 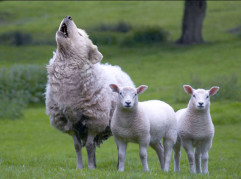 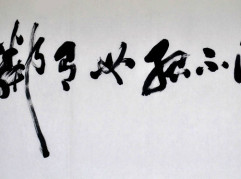