how to be a happy person

弟子問達摩：如何才能成為一個自己快樂，也給別人快樂的人？
Student asked Bodhidarmma, how to be a happy person for oneself and others?

達摩笑著回答說：有四種境界，你去體會其中的妙趣吧!
Bodhidarmma said, there are four stages, contemplate the wonder!

一、首先，把自己當成別人，此是無我。
First, treat yourself as others, this is selfless.

二、再之，把別人當成自己，此是慈悲。
Second, treat others as yourself, this is compassion.

三、而後，把別人當成別人，此是智慧。
Third, treat others as they are, this is wisdom.

四、最後，把自己當成自己，此是自在。
Finally, treat yourself as yourself, is enlightenment. 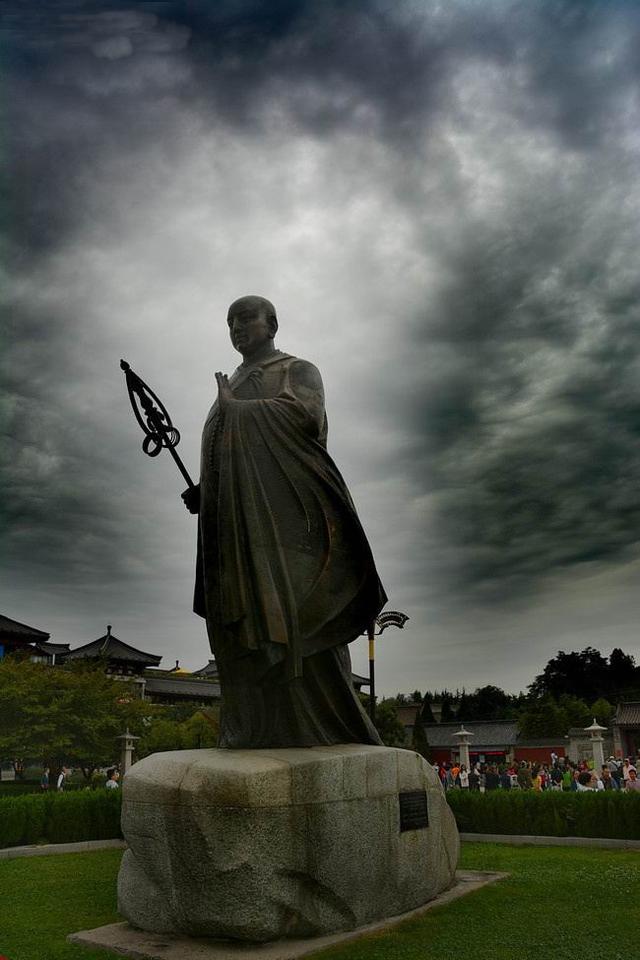 Ultimate reality is not bounded by any manifestation, yet actual practice embraces all of them.
– Zen Master

After 26 months of discussion and exploration, we have finally completed our online discussion on the core teachings of the three great classics in Chinese Civilization.

With the focus on personal and spiritual cultivation, we first learnt about the transcendental reality and the way towards it from Laozi’s Daodejing.  After understanding our self, and going beyond it, we then learnt the importance of fulfilling our personal, family and social responsibility in the world through practical advises from Confucius’s Analects.  Finally, after mastering the world and the reality beyond it,  we learnt from the Buddhist Diamond Sutra that all teachings and phenomena, no matter how extraordinary and spectacular, are temporary like dreams and bubble and therefore are not to be attached.

If we can gain a throughout understanding of these three classics, and integrate them into our daily life, then a solid foundation is laid on the roadway of personal and spiritual cultivation.  Hopefully these discussions could serve as an opening door and overall guidance for further studies and practice.

This concludes this series of our online classes.  As Laozi said, “excessive speeches exhaust our reason, it’s better to stay centered.” The foundation understanding of cultivation has been laid and it is time for practice and integration into our life.  If you have further question on the topics mentioned, you may contact me for advice or further discussion.  Thank you for your interest and support all along.

Best wishes to you in your life, studies, and practices.

With every beginning this is an end.  After 9 months of exploration and discussion, we have finally come to the end of this classic.  In this last chapter, the Buddha reiterates the blessings of following and sharing this sutra, and reminds us again that we should not attached to various forms when sharing the wisdom of this Sutra.  Why?  The Buddha summarizes this into a four-line stanzas:

RESPONSES AND TRANSFORMATIONS ARE UNREAL, THIRTY-TWO

须菩提！若有人以满无量阿僧祇世界七宝持用布施，若有善男子、善女人，发菩萨心者，持于此经，乃至四句偈等，受持读诵，为人演说，其福胜彼。
“Subhuti, if on the one hand, someone gave away in alms (dana) the seven treasures inquantities sufficient to fill all the worlds in uncount-able aeons, and if on the other hand, a virtuous man or woman developed the Bodhi-mind, and received, held (in mind), read and recited even a four-line stanza of this sutra and expounded it to others, the latter’s merit would surpass that of the former.

云何为人演说，不取于相，如如不动。何以故？
一切有为法 如梦幻泡影 如露亦如电 应作如是观
“In what manner should it be taught to others? By teaching it without attachment to form with the immutability of the absolute. “Why is it?
“Because: All phenomena are like a dream, an illusion, a bubble and a shadow, Like dew and lightning. Thus should you meditate upon them.”

佛说是经已，长老须菩提及诸比丘、比丘尼、优婆塞、优婆夷、一切世间、天、人、阿修罗，闻佛所说，皆大欢喜，信受奉行。
When the Buddha had finished expounding this sutra, the elder Subhuti, together with bhiksus, bhiksunis, upasakas, upasikas, and all the worlds of devas, men and asuras who had listened to His teaching, were filled with joy and believed received and observed it.

When the Buddha about to conclude this sutra, he tested his student Subuti and asked: “when someone talk of the notions of self, others, living beings, and immortality, does s/he understand what i teach?”  Subhuti answered: “no, because these notions too, are merely names and mental conceptualization,  are not to be attached, and not to be understood as the ultimate truth from the Buddha.”  The Buddha compassionately furthered: “Whoever made the intention of supreme enlightenment, should perceive as such, see as such, understand as such, and do not let teachings develop into fixed notions.  And same applies to this conclusion as well.

Once we embark on the journey to truth and spiritual enlightenment, teachers teachings knowledge method pathway technique experience will come.  They are all to be treasured, but not to be attached.  If we perceive them, see them, believe them, and understand them as this Sutra suggests, we will be walking on solid path.

KNOWLEDGE AND VIEWS ARE NOT PRODUCED, THIRTY-ONE

须菩提！若人言：佛说我见、人见、众生见、寿者见。
须菩提！于意云何？是人解我所说义不？
“Subhuti, what do you think? If someone says: ‘The Buddha speaks of the view of an ego, a personality, a being and a life,
“Subhuti, does that person understand what I mean?”

须菩提！发阿耨多罗三藐三菩提心者，于一切法，应如是知，如是见，如是信解，不生法相。
须菩提！所言法相者，如来说即非法相，是名法相。
“Subhuti, he who develops the Supreme Enlightenment Mind, should thus know, see, believe and comprehend (all things); he should not set up the perception of things (dharma-laksana) in his mind.”
“Subhuti, the so-called form of things (dharma-laksana), the Tathagata says is not, but is, (expediently) called the form of things.”

In advanced meditative state, one sees the limitless universe. Is this real? Is it the end?  Some arrives there and claim it is so.  The Buddha says in this chapter: despite of its magnificence and splendor, it is not the ultimate, as when we attach ourselves with it, we becomes and limits to it.  Therefore the Buddha merely describes the state, and discern it as a temporary phenomenon just like names.

Having said so, encountering such phenomenon already indicates some achievement in internal work.  We need to remain aware, and keep going in our inner and outer work.

THE PRINCIPLE OF A UNITY OF APPEARANCES, THIRTY

须菩提！若善男子、善女人，以三千大千世界碎为微尘，于意云何？是微尘众宁为多不？
“Subhuti. what do you think? If a virtuous man or woman reduced to dust all the worlds in the Universe, would those particles of dust many?”

须菩提！一合相者，则（即）是不可说，但凡夫之人贪著其事。
“Subhuti, that which is called an agglomeration cannot be spoken of, but the vulgar man has longing for and attachment to this thing.

Diamond Sutra – Buddha can neither come nor go

Tathagata in Chinese is “如来”, which means “as is”, or “as is originally is”.  This “original is” is a state prior to all mentalizations and descriptions, and is beyond the descriptions of coming and going, sitting or lying, a he or a she, etc, which are identifications built on the notions of time and space, and on the notion of “self” vs. others.  Therefore, whoever say here comes the Tathagata, or the Tathagata is sitting, lying, eating, or even teaching, does not really understand the real meaning of Tathagata.

THE QUIESCENCE OF HIS AWESOME DEMEANOR, TWENTY-NINE

须菩提！若有人言：如来若来若去、若坐若卧，是人不解我所说义。
何以故？如来者，无所从来，亦无所去，故名如来。
“Subhuti, if someone says the Tathagata comes or goes, sits or lies, he does not understand what I mean.
“Why? Because the Tathagata has neither whence (to come) nor whither (to go); therefore, He is called the Tathagata.